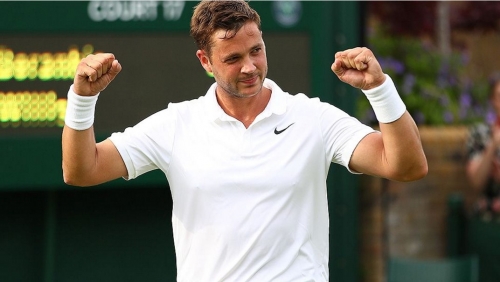 Marcus appeared in front of an enthusiastic crowd at the club on Saturday and managed to play a few games as an exhibition before rain stopped play.

Still amazed at the enthusiasm generated by his Wimbledon qualification, first round win and match against Roger Federer, Marcus was interview by BBC news:

In celebration of his amazing achievement, Warwick Boat Club has awarded Marcus Life Membership of the club.  He will be welcome at Warwick Boat Club for the rest of his life and so can play tennis in one of the most beautiful settings in the country under the walls of Warwick Castle.

You can learn more about Marcus on the BBC.

Last updated on by James Alty