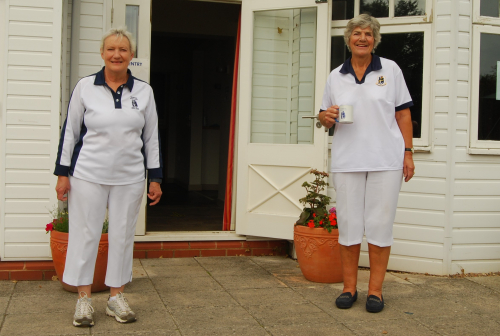 On Thursday we saw Chris Hurst & Mary Wheildon brought together in the Ladies 4 woods final. Anyone hoping for another close encounter would be disappointed. Mary used her vast experience and ‘cannonballs’ to good effect. She was never behind and started off with a three. Chris pulled back with a two but was not allowed many more chances after that. Steady scoring of mainly singles with the odd two resulted in Mary claiming victory 21 - 7 after eighteen ends