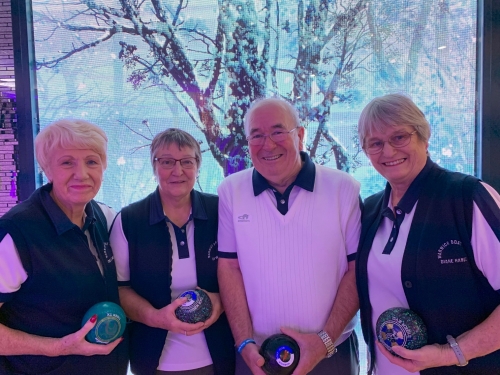 Dianne Harvey organised a group of 34 bowlers, 12 of which were from the boat club to participate in the tournament at Potter’s Resort in Norfolk in November. A great time was had by all and Dianne’s team had some success. 500 players played rinks spread over 3 days. Dianne’s team played and won four games to qualify for the last 16 teams, but then failed to make it through to the semi-finals. In Dianne’s team were Celia Bellamy, Di Wood and Alan Harvey. Dianne would like to hear from anyone that would be interested in going this year on 9th Nov 2020 at costs from £349
Tel 01926 499441